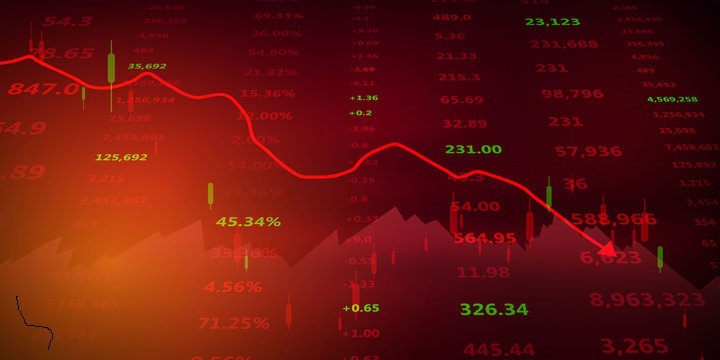 On January 1st 2023 a series of amendments[1] to the current regulation[2] governing the risk and return calculations in the Key Information Document (KID) for Packaged Retail Insurance or Investment based Products (PRIIPs) will be in effect. This is relevant for asset managers qualifying as UCITS[3] or AIF[4] offering retail investment products. Investment funds offering PRIIPs need to provide their retail investors with an estimate of the return to be expected at the end of the recommended holding period for four possible scenarios: favorable, moderate, unfavorable and a stress scenario. Even though the joint committee of supervisory authorities[5] has decided to fundamentally adjust the calculation methodology for the former three scenarios, it has decided to leave the stress scenario unchanged for linear[6] investment funds. The only amendment to the stress scenario with respect to the current PRIIPs regulation is to use an even more conservative percentile. RiskQuest considers both of these methodological choices as steps away from a realistic warning for economic downturn.

Only the stress scenario methodology is not amended

Ever since the current PRIIPs Regulation was introduced in January 2018, the asset management industry has filed complaints about the unrealistic risk and return projections, which result from the requirement to use the last 5 years for the calculations. Since most historical economic business cycles are substantially longer than the 5 year period prescribed by the PRIIPs Regulation, investors were faced by unrealistically positive return predictions in economic upturns and vice versa in downturns. After two rounds of consultation papers in which three alternative calculation methodologies proposed by the supervisory authorities were not supported by the asset management industry, the final approach was translated into official EU Regulation on September 6th 2021 and will be effective as of January 1st 2023. The new approach requires asset managers to base their PRIIPs calculations on at least 10 years of data, or 5 years more than the recommended holding period for the product, if the latter is longer. Moreover, return predictions are no longer based on estimation of the shape of the probability distribution of the product’s returns, but rather on extrapolation of returns that actually occurred. As far as RiskQuest is concerned, this new ‘direct approach’ provides in general more realistic returns compared to the current ‘probabilistic approach’. In this regard, it is puzzling that the European supervisory authorities have decided not to implement the new approach for the stress scenario. Unlike the favorable, moderate and unfavorable scenarios, the stress scenario is still based on the probabilistic approach using the last 5 years of the fund’s return series. Hence, the reasons for the initial criticism of the asset management industry will persist in the new PRIIPs Regulation for the stress scenario.

The stress scenario return prediction is calculated after first detrending the historical timeseries of the fund’s returns and inflating its volatility. The worst 95% quantile of the resulting detrended and volatility inflated return distribution is shown as the stress scenario return prediction in the PRIIPs KID. It is important to realize how conservative the assumption behind artificially fixing the historical average returns of the fund to 0% is on a standalone basis. First, the detrending conceptually removes the risk-return trade-off dynamics that exist for (diversified) investments, which might provide retail investors with an unfair stress scenario prediction. Second, the stress scenario assumes that the economic downturn will persist during the entire recommended holding period, which is typically a long period for equities. This underlying assumption seems to be rather conservative looking at historical business cycles: economic downturns are typically short with sharp drops in asset prices, whereas economic upturns are long characterized by steady growth of asset prices. Although RiskQuest considers the conservatism underlying the detrending of the historical fund return series more than enough, the PRIIPs regulation also prescribes to inflate the volatility of the returns. The European supervisory authorities have prescribed a method to first calculate a series of moving average volatilities over short horizons (e.g. 63 days for daily returns) and then to choose a conservative quantile of the results. The conservative volatility quantile is to be divided by the average volatility to obtain a factor to inflate return volatility, which is higher than 1 by construction. Annex IV Article 18 Sub D states that the 95%-quantile (worst) volatility is to be chosen as of January 1st 2023, thereby replacing Annex IV Article 10 Sub D of the current Regulation which prescribes the 90%-quantile. The resulting stress scenario will hence be even more conservative under the new Regulation due to the requirement to select a worse quantile with respect to the current Regulation.

According to RiskQuest, the new PRIIPs Regulation does not provide a more realistic stress scenario for two reasons. First, the European Supervisory Authorities have decided not to amend the probabilistic approach to a direct approach like all other scenarios. Second, the new Regulation prescribes a more conservative volatility quantile.

If you want to join our RiskQuest team, please check our current job openings here.